The Growth of Greystones

The first settlement in the Greystones area was Rathdown village which was a laidout village north of Rathdown Castle, just ½ a mile north of Greystones Harbour. This village was the centre of the Barony of Rathdown which stretched from just South of Dublin to approximately Delgany. Evidence of Rathdown Village was discovered in the 18th Century when draining of a field resulted in the discovering of the remains of a paved street. To the south of the Castle there were remains of the older Rath of considerable dimensions. The name Rathdown is an alteration of the name Rath Oinn, though pronounced vocally the same. Canon Price in his book “The Stones of Bray” describes it as having been “one of the finest Baronies in Ireland”. He suggests that the Rath was undoubtably one of the Royal residences of the first Milesian (Gaelic) kings in Ireland. It would appear that the Rath was an important residence right up to the Norman Occupation.

The first mention of Greystones appears in a map of Wicklow in 1760. Then it appears as ‘Gray Stones’ (sometimes ‘The Gray Stones’). By 1795 Greystones is described as a ‘noted fishing place’. In 1800 Rogert Fraser describes Greystones as having a natural rock stretching into the sea creating a natural harbour.  It was recorded at this time as having three half-decked vessels with eighteen men and thirty-one open sail boats, with eighteen men working the harbour.

When Dr Urwick, a minister of the York Street Congregational Chapel, spent the Sabbath in Greystones in he would conduct a service in one of the cottages and also preached in the open air at the flagstaff. He described Greystones in 1830 as consisting of two dozen cottages and a coastguard station. In 1837 Greystones was described as a small fishing hamlet, with a coastguard station, then located at Blacklion. A harbour was being considered at this time.

In 1837 a school is recorded in Greystones that was supported by subscription. In the 1840s a school was built in Blacklion at the top of what would later be named Church Lane.  It was a Catholic-run school. Greystones changed dramatically with the coming of the railway, the railway station opening in 1856. This was the impetus for its development, with the building of houses on Church Road, Trafalgar Road and Bayswater Terrace (at the harbour) from the 1860s, these roads were layed out by the La Touche family of Bellevue in Delgany on land they had aquired prior to 1791, which stretched from  Rathdown Upper  to where the railway station is located today.

The Railway line was was opened in 1855 with the running of a train from Harcourt Street to Greystones full of dignitaries such as the The Lord lieutenant. The engineer of the scenic railway line from Bray to Greystones was the noted engineer Isambard Kingdom Brunel.

In 1861 Greystones had a population of 238, which had grown to 355 by 1871. By 1881 Greystones had its own Post Office and a national school and a protestant school. By 1891 the population of Greystones had grown to 516 and had now at least one hotel. In 1910 Greystones had population of 900, of whom two-thirds were Protestant. The Church of Ireland had been enlarged four times since it was built in 1857 in order to accommodate the growing summer congregations. Greystones had many visitors in the summer period and by 1920 there were at least five hotels. This included the Grand Hotel (later known as the La Touche Hotel) built in 1894. Early summer visitors to Greystones included Brahm Stoker the author of Dracula, the Countess of Granard, the founder of the Celtic Revival movement Standish James O’Grady, J M Synge and his family, the author Catherine Tynan, Robert Yelverton Tyrrell, Michael Collins and Lord Ashbourne amoungst many others.

The first big housing development came in the 1890’s with the building of the Burnaby Estate, located near Greystones Railway Station. It was instigated by Alfred Wynne the land agent of the Hawkins Whitshed estate and named after the first husband of Elizabeth Hawkins Whitshed, the noted adventurer and soldier Frederick Burnaby. It was first mentioned in 1880 and was completed by c1905 and is one of the first housing estates to be built in Ireland.

Today Greystones has grown from small seaside village to being declared a town in 1984, which now includes the surrounding villages Killincarrig and Blacklion.

Killincarrig was built prior to Greystones and had a working flour Mill, one of Ireland oldest Cherry Orchards (which consisted of 200 trees) and a Elizabethan manor House known today as Killincarrig Castle of which the ruins still stand. It is reported that Oliver Cromwell stayed several nights at Killincarrig Castle. In 1641 Killincarrig Village had a temporary Barracks to protect the property of local residence. A brewery was recorded to be in Killincarrig in 1815 owned by a family named Jones. Killincarrig’s local landowner was the Hawkins Whitshed family who owned the nearby killincarrick House, which was demolished at the end of the 19th century, after the construction of a new new house for the Hawkins Whitshed family built closer to Greystones village.

Blacklion would appear to get its name from a coastal road from Bray to Wicklow built by Irish Chiefs prior to the Norman invasion which was called Bealach Laighean (Blacklion), which was afterwards was used by the Normans as a military road. Blacklion contains what is probably the area’s oldest inhabited house, which is pre 1760, when it was recorded as Blacklion Inn, today it is a veterinary clinic. The building is today called Blacklion House. In 1775 the Hibernian or compendium of Entertaining knowledge Volume 5, records that “villains stopped at Black – Lyon Inn with their conductors, where 6 guineas was offered and agreed to let them escape, when Mr Bunn of Kindalstown came in and properly secured the villains, who were later lodged at Wicklow jail”. Blacklion was where the first coastguard station was located in this area, with sweeping views of the coastline.  It was at Blacklion that the first RC church was built in the area, which opened for worship in 1867.

Notable sites and buildings of interest include St Crispins Cell and the site of Rathdown Castle, Kindlestown Castle, Killincarrig Castle, Killincarrig Mill and Lime Kiln, St Patrick Church with war memorials, The Holy Rosary Church with Evie Hone stain glass windows, the life boat house, the old coast guard stations (where Brendan Behan was held for drunken disorderly), the Carnegie Library and The Burnaby amongst others. 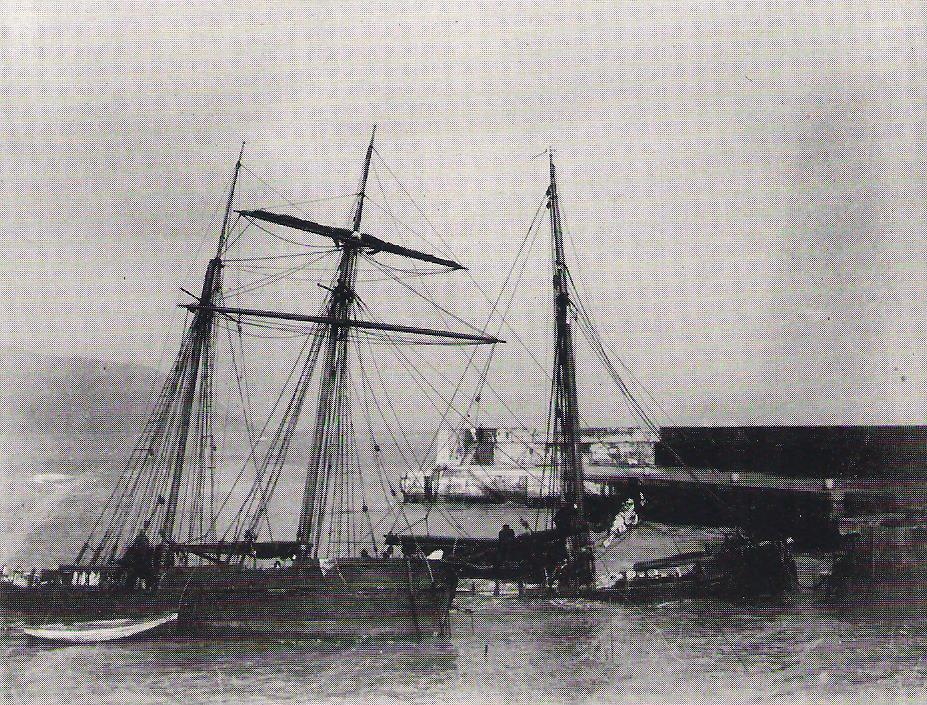 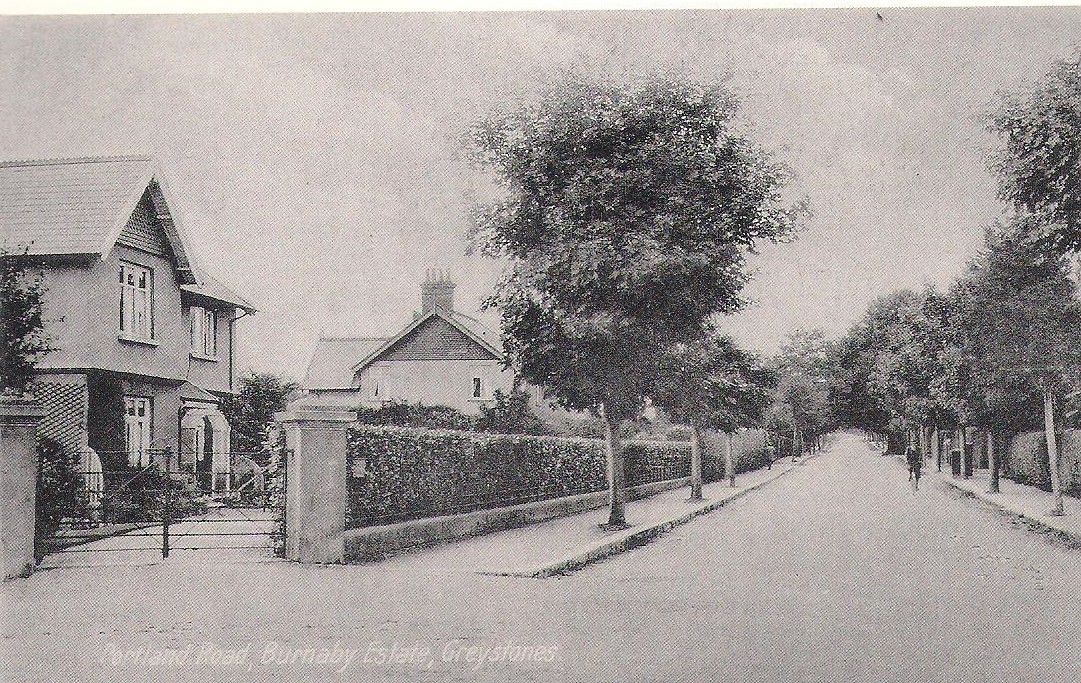 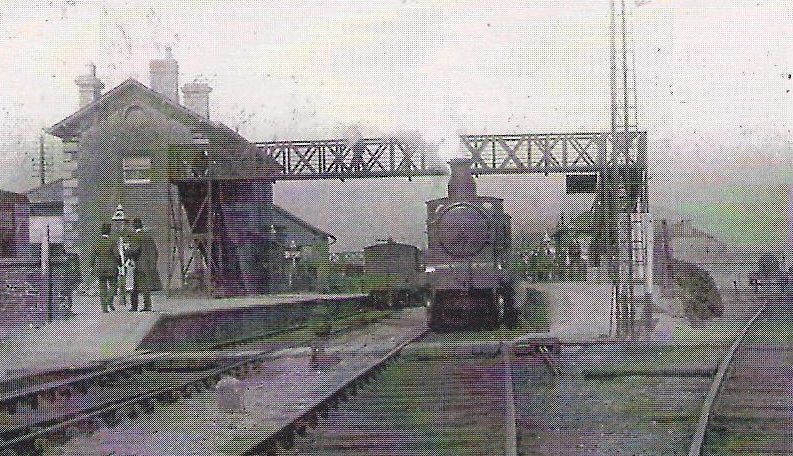 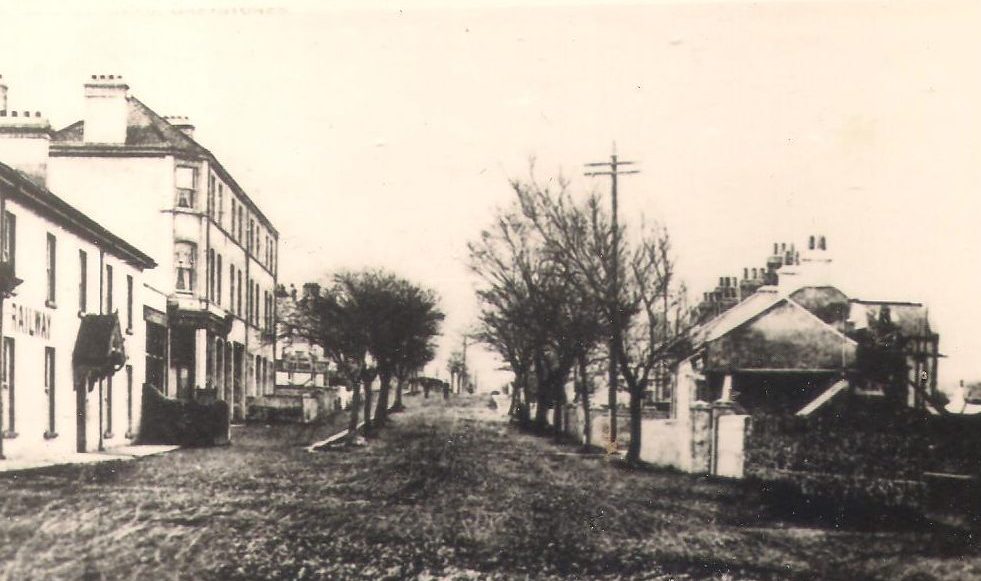 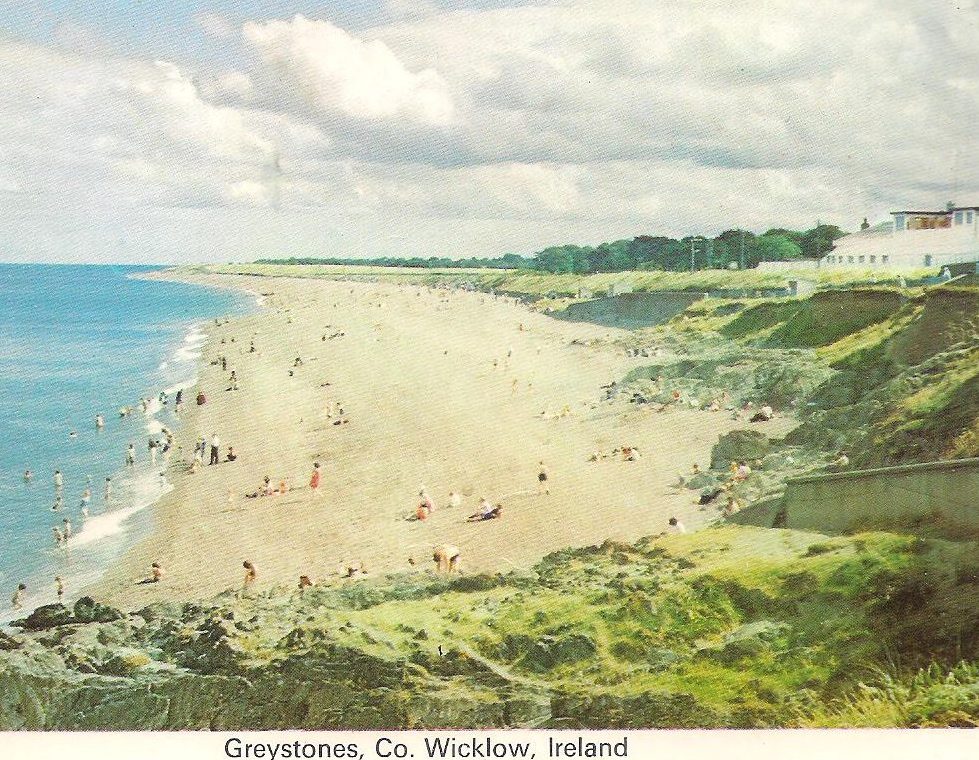 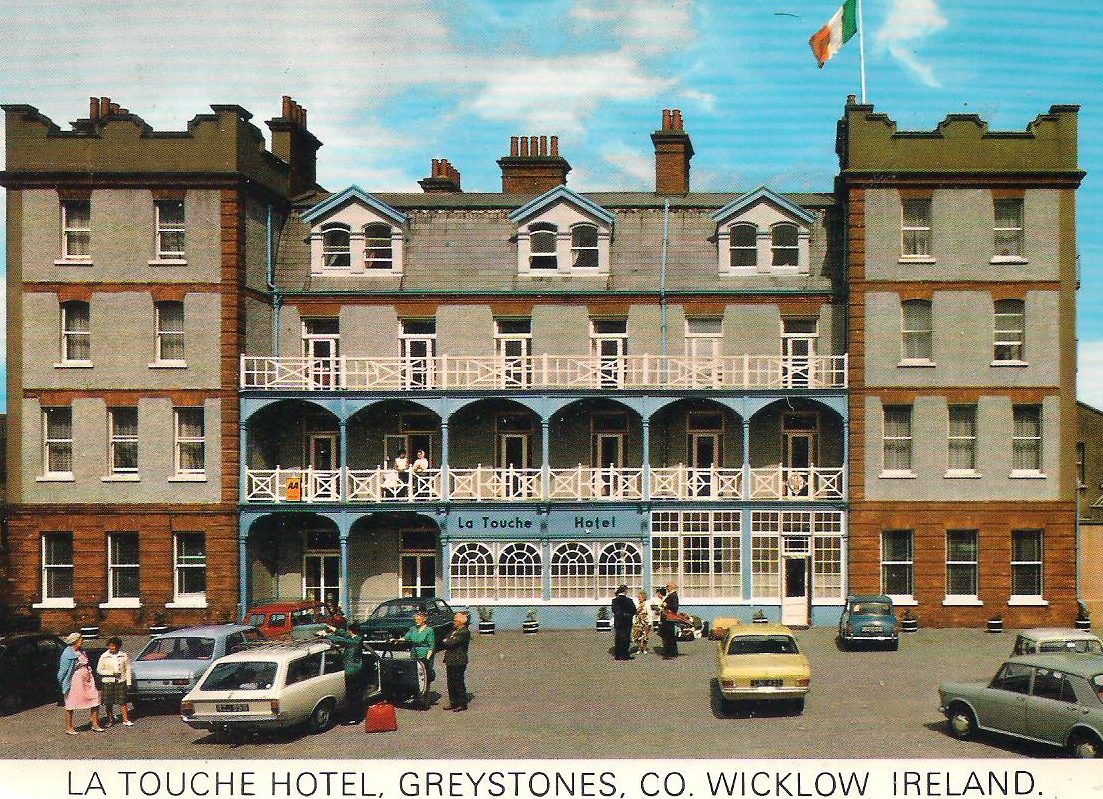 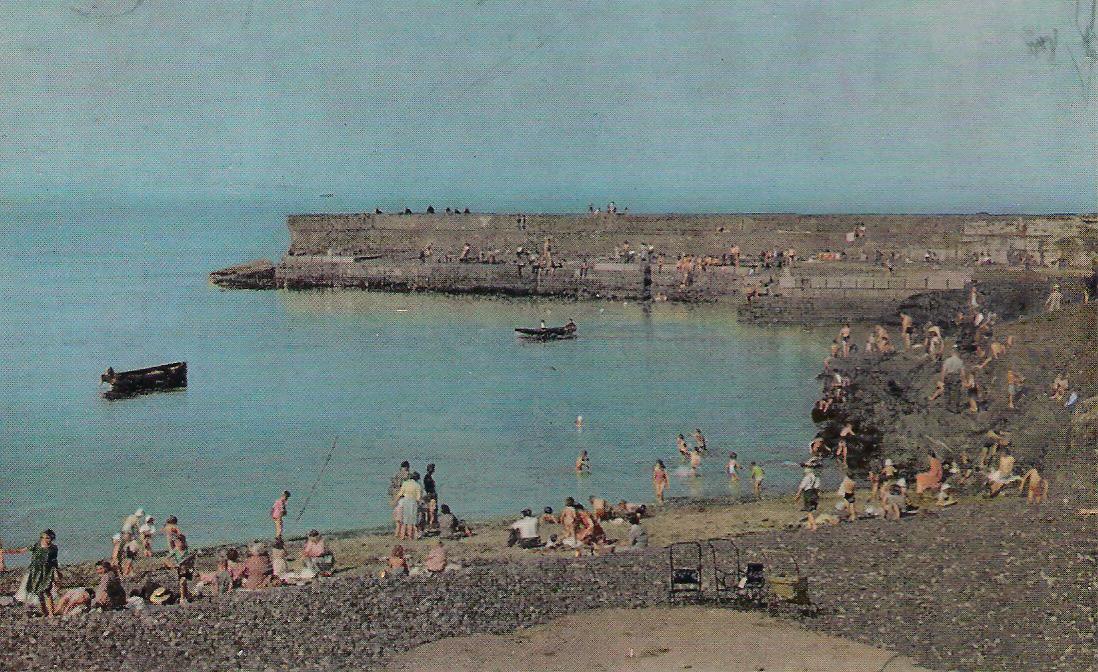