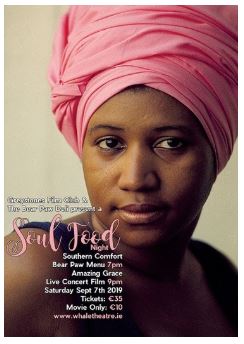 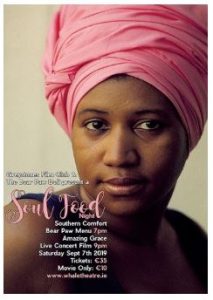 The stuff of legend, Aretha Franklin’s powerful performance at LA’s New Temple Missionary Baptist Church in 1972 is a religious experience in more ways than one.

Here was one of the world’s greatest soul singers, going back to her gospel roots, and pretty much blowing the roof off her Baptist minister father’s church. Recorded over two nights, and with the Southern California Community Choir as well as noted session players Bernard Purdie, Chuck Rainey and James Cleveland, Franklin was in her element. And the audience were in seventh heaven.

Part of the audience on the second night were Mick Jagger and Charlie Watts, who were in the middle of recording their classic album, Exile On Main St. Many believe such songs as Shine A Light and Let It Loose were the direct result of having worshipped at the altar of Ms Aretha Franklin that night.

The subsquent double live album, entitled Amazing Grace, became an instant classic, but Sydney Pollack’s planned film of the concerts was nonetheless shelved, after difficulties over syncing the sound to the images. It was in 2007 that producer Alan Elliot purchased the raw footage and set about matching sound and vision together, Aretha’s family finally giving the go-ahead for its release following her death in 2018. The film would go on to garner some of the best reviews of 2019.

And you can take this loving soul food to a whole new level with a special Southern Comfort dinner menu from Claire & co at The Bear Paw Deli at 7pm before retiring downstairs to The Whale at 9pm for the main attraction – The Queen Of Soul flying high, and wide, on the big screen, complete with teeth-rattling surround-sound and, just as the good Lord ordered, a full bar and waitress service. Oh, and a free box of freshly-popped popcorn.

It’s just €35 for this complete and unique Soul Food night, or you can jump on board as Amazing Grace is unleashed for just €10. Just to whet your appetite, the Southern Comfort menu comprises of Mama Bear’s Braised Farrellys’ Beef Brisket, Mac Cheese, Southern Style BBQ Beans, Blackened Corn, Mash & Slaw Bear Paw Hot Sauce and, for the health freaks, a House Salad.